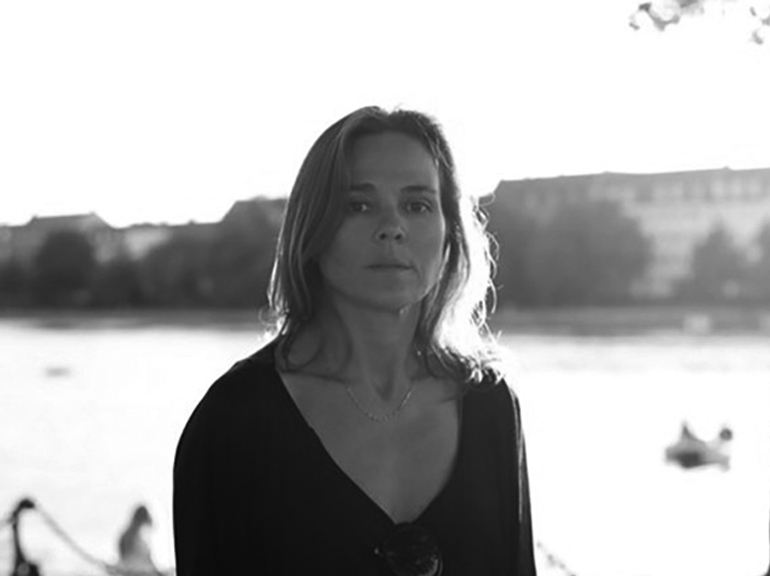 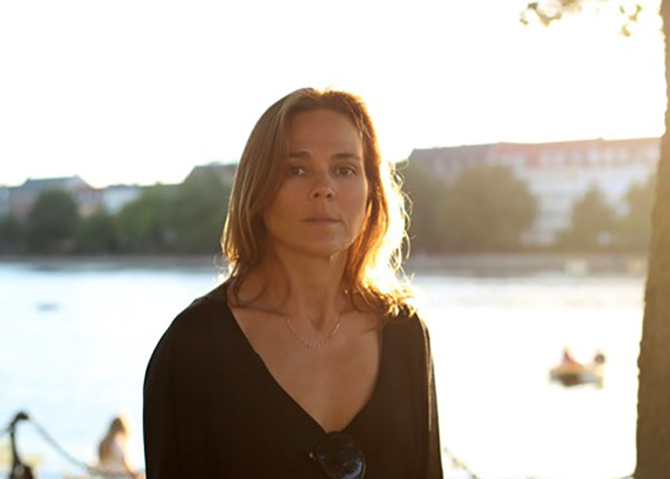 Marietta von Hausswolff von Baumgarten is an internationally renowned screenwriter and script consultant known for the celebrated feature film Call Girl (2012) directed by Mikael Marcimain. Call Girl premiered at the Toronto Film Festival, where it was awarded with the 2012 Fipresci Award. Other projects Marietta has been involved with include award winning films such as Svinalängorna (2010) directed by Pernilla August, The Babadook (2014) directed by Jennifer Kent, and Mediterranea (2015) by Jonas Carpignano, H by Rania Attieh & Daniel Garcia, Djeca, Children of Sarajevo by Aida Begic, Alaverdi by Maria Sachyan, Los Hongos by Oscar Ruiz Navia, The Dog Show by Ralston Jover, Svinalängorna/Beyond by Pernilla August, Hi-So by Aditya Assarat, Les Quattro Volte by Michelangelo Frammartino, The Slut by Hagar Ben-Asher, Short Skin by Ducchio Chiarini and the upcoming Rey by Niles Attallah, Blanka by Kohki Hasei, Underground Fragrance by Pengfei Song and The Fits by Anna Rose Holmer.

She is also Head of MotherOfSons (MOS), a development/film production company based in Stockholm. 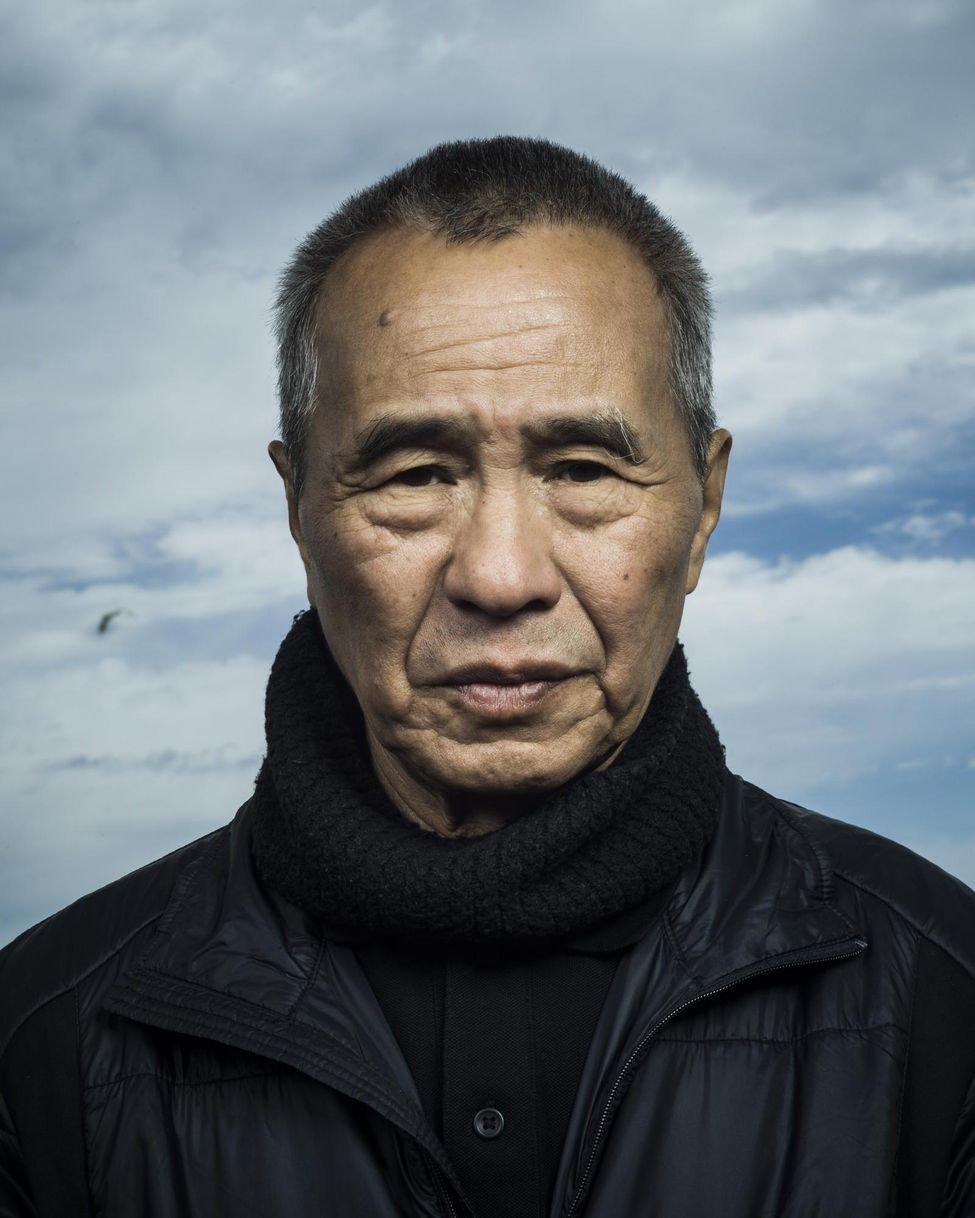 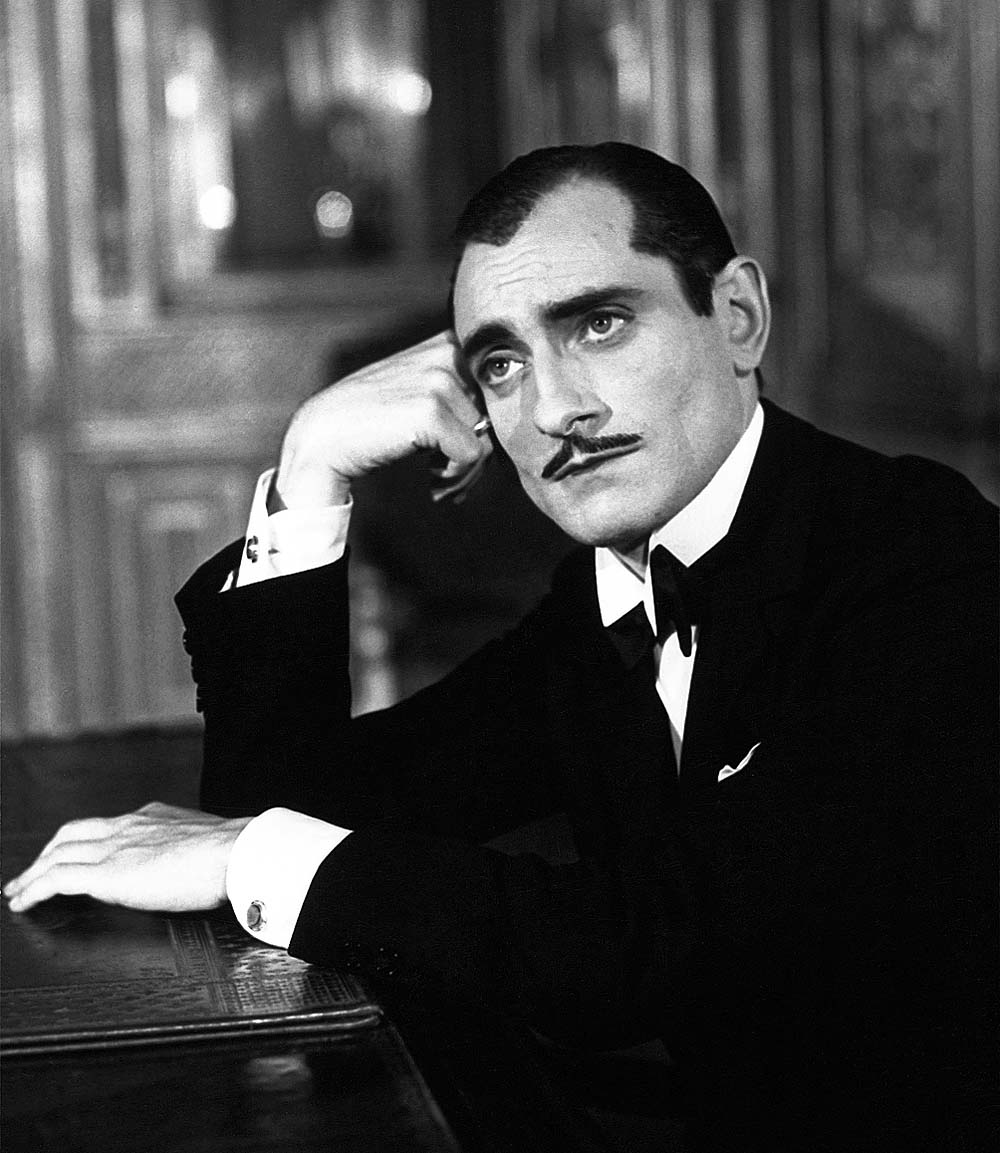 Synopsis: A millionaire has everything: servants, a mansion, land, any pleasure money can buy—except Love. Sooner or later he always finds himself alone in his study, sighing over the photograph of the one girl that got away. One fine day a travelling circus rolls into town and, although some time has passed, the man recognizes the lovely equestrienne as the girl from the picture. He finds out that her young boy, Yoyo, is his son. The market crash of the Great Depression leaves the millionaire destitute, which is just as well because he feels happier sharing the simple life of travelling circus performers than spending another night alone in the empty mansion. With WWII raging on in the background, Yoyo grows up to be a successful clown and, with the advent of television, becomes a renowned artist, a film-maker, a millionaire. Now that he has the means, he longs to restore his father’s estate to its former glory. 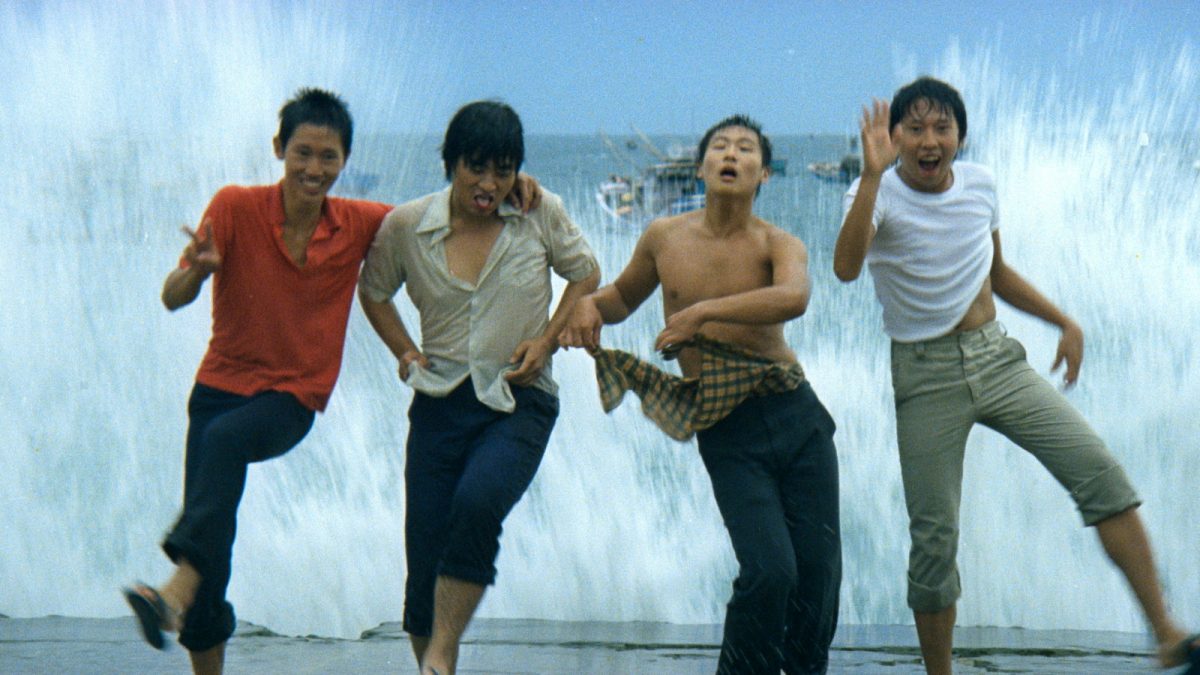 Synopsis: Ah-Ching and his friends have just finished school in their island fishing village, and now spend most of their time drinking, fighting, and getting into trouble with the police. They play crude practical jokes, gamble, drink, fight, and chase girls as they wait for compulsory military service. The most introspective of the group, Ah-Ching lives in two worlds, the dissonant world of his buddies and the traditional culture that comes back to him in flashes of memory of his father when he was a young boy. Constantly berated by his mother for his lack of ambition, Ah-Ching and two friends leave their traditional home in Penghu to look for work in the Southern city of Kaohsiung. On the surface, the boys are street-wise, but beneath their swagger, their naiveté is apparent. Ah-Ching’s sister offers the boys an apartment and they find jobs in a local factory, but an infatuation with a hoodlum’s girlfriend leaves Ah-Ching more alone than when he came to the city. 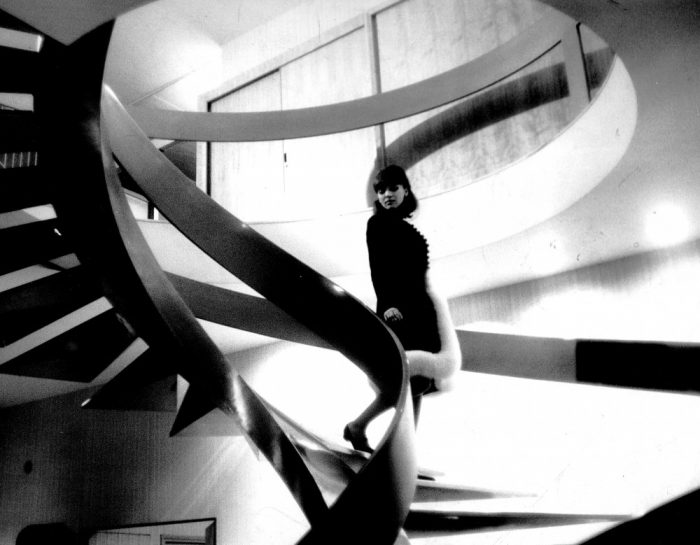 Synopsis: In a near future, the American secret agent Lemmy Caution travels to Alphaville posing as a journalist named Ivan Johnson from the Figaro-Pravda newspaper. His mission is to find the missing agent Henri Dickson and to convince Professor von Braun to come with him to Nueva York. Von Braun is actually Leonard Nosferatu, inventor of the powerful computer Alpha 60 that has engineered the inhuman dystopian society of Alphaville. Here love, conscience, poetry, and emotion have been banished, and words are systematically eliminated from the dictionary. To deal with the omnipresent Alpha 60, Lemmy recruits the help of Natacha von Braun, the evil scientist’s daughter. They fall in love, but he needs to complete his mission before leaving Alphaville. 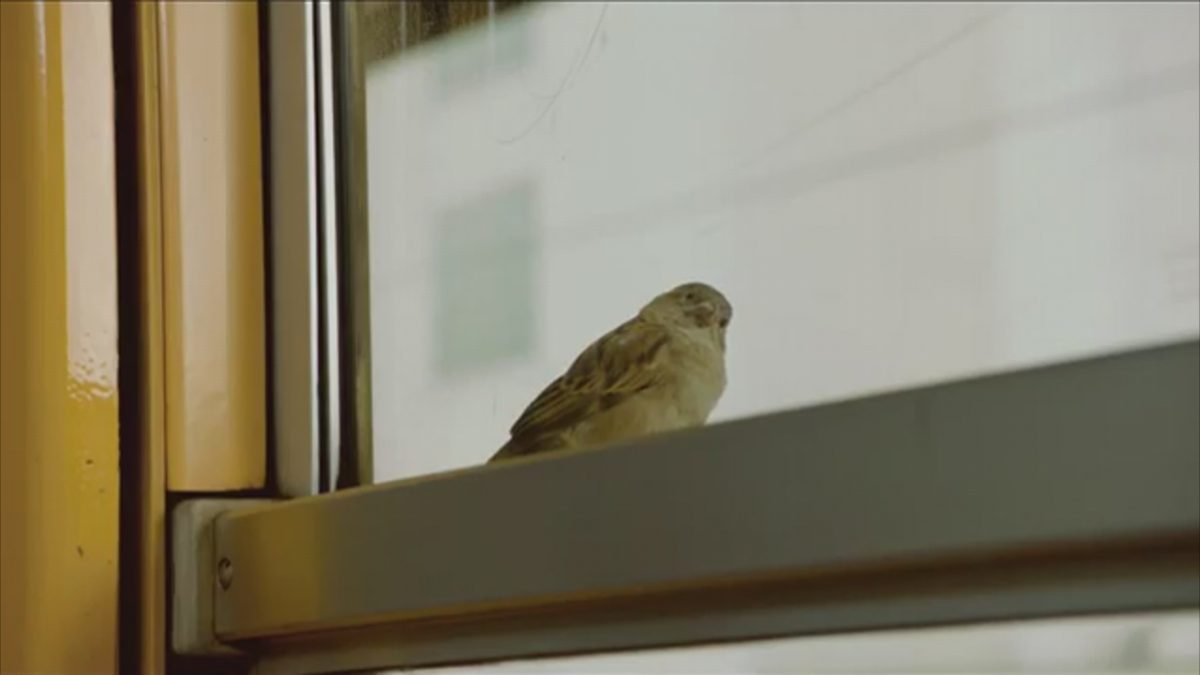 Synopsis: Gary is an American engineer who arrives in Paris to finalize details on a major project in Dubai; Audrey is a twentysomething who works as a maid in the airport hotel where Gary is staying. Their shared sense of ennui and indecision is obvious, but their journeys of self-discovery proceed on separate tracks. Gary awakens mid-business-trip to the realization that both his professional and personal lives feel empty and unsatis­fying, and informs his business partners and wife Elisabeth that he will not be returning to any of them. Audrey, meanwhile, finds her daily clean­ing routines upended by a fantastical transformative event. One mysterious evening, she discovers the ability to free herself from her chambermaid duties to observe, unseen, an assortment of individuals within and beyond the confines of the airport hotel. 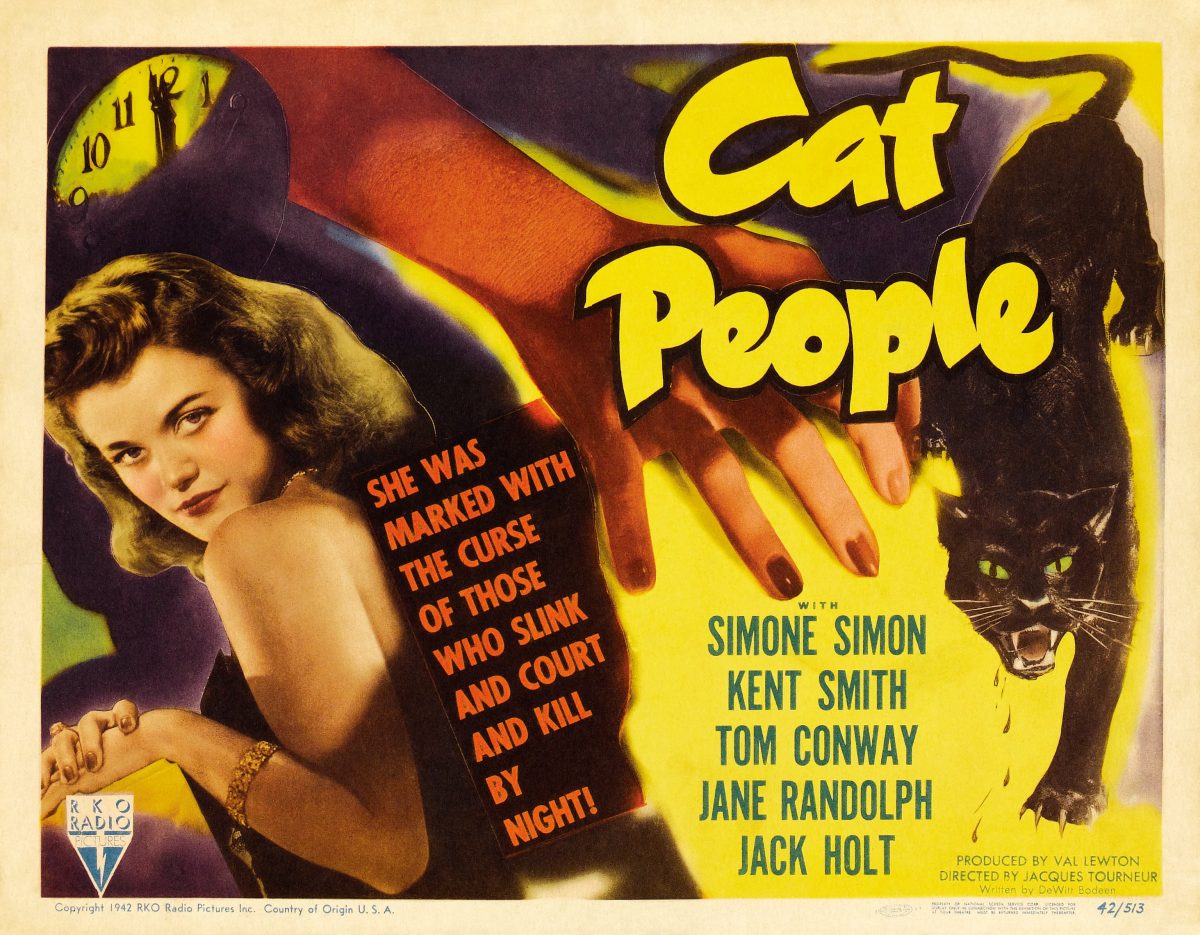 Synopsis: Irena Dubrovna, a fashion artist, has recently arrived in New York from Eastern Europe. She meets engineer Oliver Reed at the zoo, near the cages of the big cats, where she likes to work on her sketches. The two fall in love and get married despite Irena’s reservations. She has always felt different than other people, because of an ancient story of witchcraft from her homeland. The story tells that women from her village change into great cats whenever aroused by passion, anger or jealousy. In therapy, Dr. Judd, the psychiatrist, learns that, because of her superstitions, Irena is has always been afraid of falling in love. Her fears are put to the test when Oliver seeks solace from his distant spouse with co-worker Alice Moore. Beware the curse of the cat people when Irena learns that she may be losing Oliver to Alice! 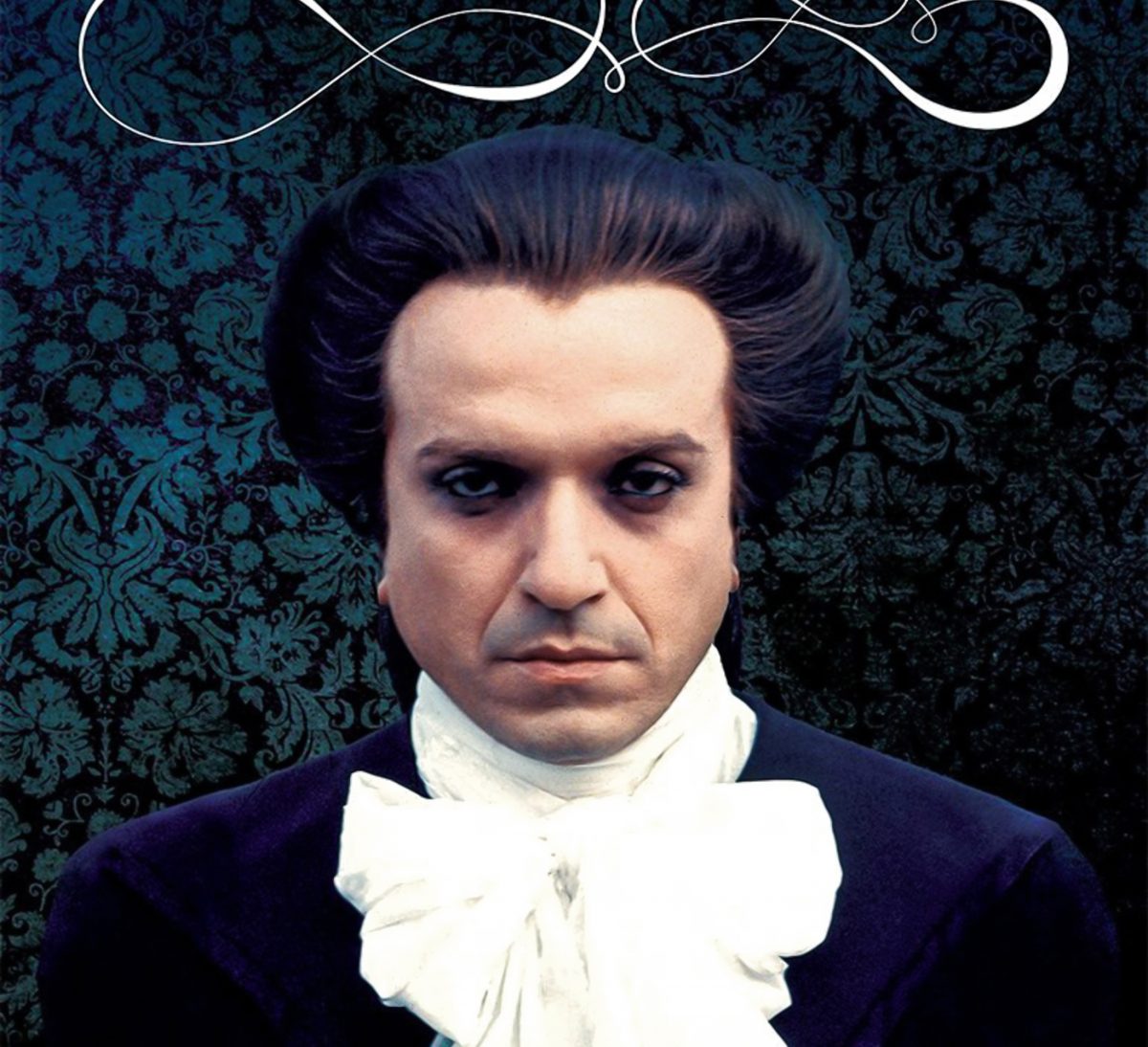 Synopsis: Don Giovanni is a womanizing libertine who conquers the hearts of women throughout Spain. Accompanied by his manservant Leporello, he sneaks into Il Commendatore’s house with the intent to seduce his daughter Donna Anna. The young woman screams and wakes up the old nobleman, who challenges the intruder to a duel. Il Commendatore is killed a devastated Donna Anna vows avenge his murder. Giovanni continues to seduce and toy with women, including a former lover who is determined to see him suffer for his betrayal, and a peasant girl, Zerlina, whom he ravishes on the eve of her wedding. When they all band together to bring Don Giovanni to justice, he persuades Leporello to trade clothes, and the faithful servant barely escapes with his life. As Don Giovanni gloats over his own cleverness and gets progressively drunk, he suddenly hears Il Commendatore’s voice from beyond the grave and, mockingly, invites the ghost to dinner. Sitting at an extravagantly laid out table, Don Giovanny hears ominous knocks at the door. Leporello is cowers in fright, but devil-may-care Giovanni opens the door to find the statue of Il Commendatore. Giovanni refuses him entry, but Il Commendatore demands that the sinful Don repent for his transgressions. 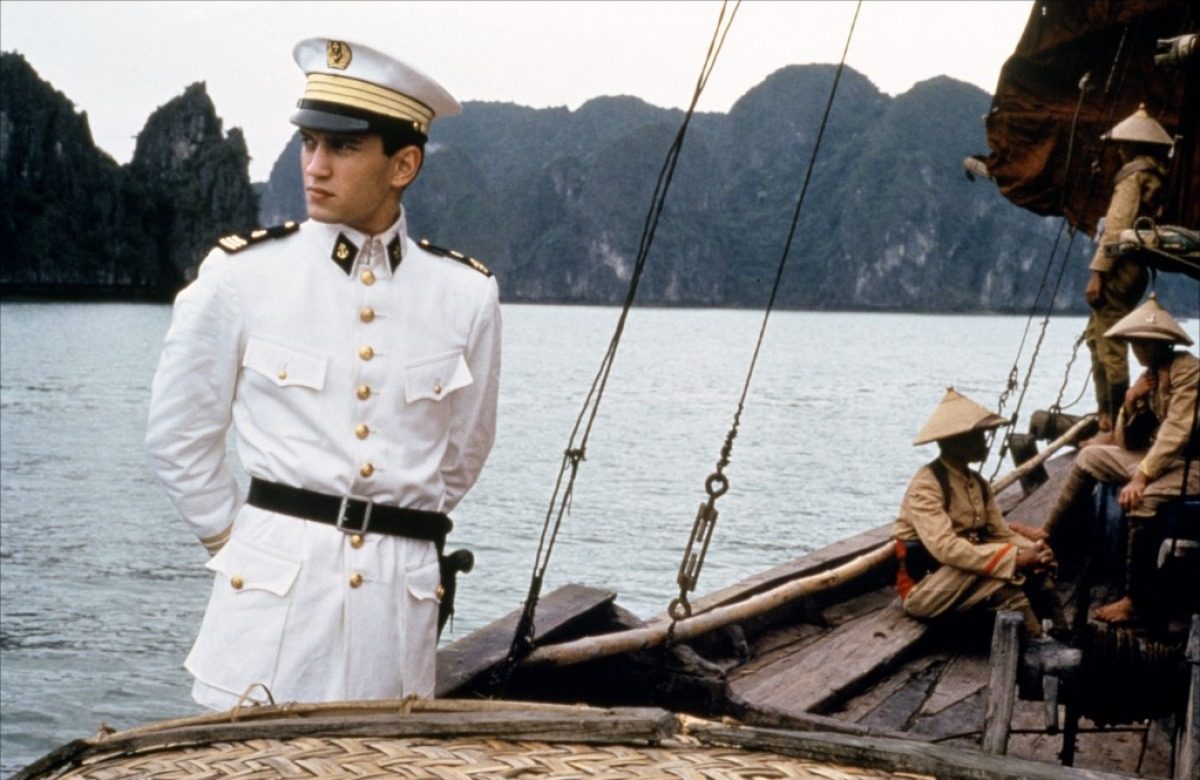 Synopsis: Born and raised in French Indochina, Éliane is the imperious owner of a rubber-plantation. When her best friends, members of the Nguyễn Dynasty, die in a plane crash, she adopts their little girl Camille to raise as her own. Meanwhile, Éliane begins a torrid affair with a younger French navy officer, Jean-Baptiste. Some years later, when Camille has grown into a young woman, a civil unrest incident brings her and Jean-Baptiste together, and they fall love. Éliane is livid and campaigns to have Jean-Baptiste transferred. Camille marries Tanh, the son of wealthy merchants but a secret communist sympathizer. Camille also has a secret: she still loves Jean-Baptiste, and now that she has freed herself from mother’s watchful eyes, she heads towards his outpost. As she travels the country, she begins to understand the people of her homeland. When the colonial government tears her away from Jean-Baptiste and their infant child Étienne, Camille is imprisoned for crimes against the state, while Éliane adopts the baby. Camille experiences a political awakening and becomes a communist, while her incarcerated lover Jean-Baptiste, awaiting a court-martial, is found dead in his cell under peculiar circumstances. As Vietnam descends into civil war, Éliane abandons the plantation and relocates to France together with Étienne. 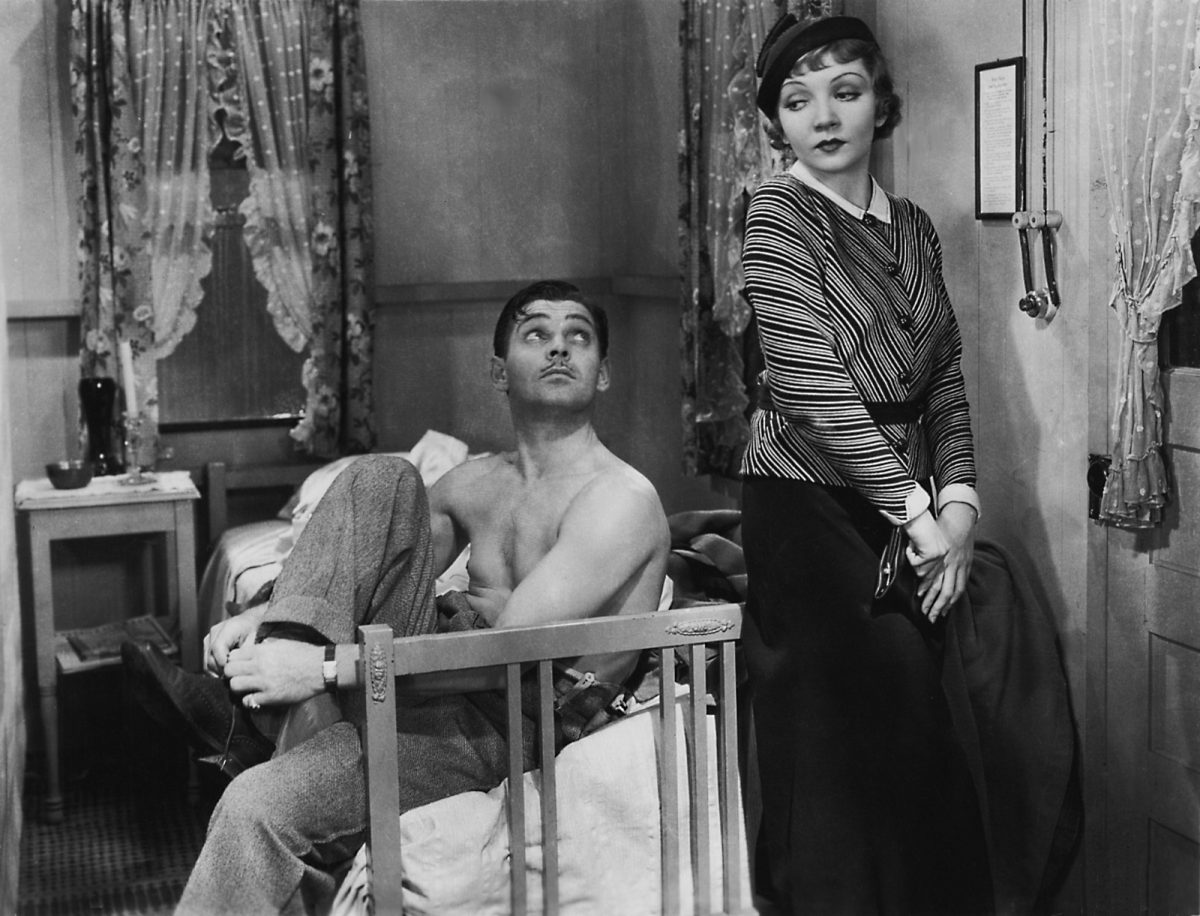 Synopsis: Rich heiress Ellie Andrews has married against her father’s wishes and manages to get away from him by jumping off the family yacht in Florida. While her father annuls the marriage and hires a detective agency to track her down, she tries to make her way back to her lover, socialite aviator “King” Westley in New York City. Travelling by bus, she meets unemployed journalist Peter Warne—cynical, but charismatic. He’s quickly onto her real identity and it’s pretty obvious that she’s a spoiled brat. She has no money and he decides to help her get to New York thinking he’ll get a good story out of it. Nearing their destination, as their brief adventure comes to a close, they find that they are reluctantly in love with each-other and are afraid to admit it.