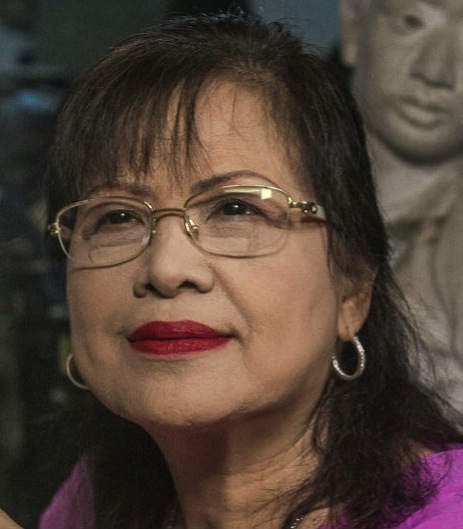 Grace Swe Zin Htaik is a well-known Myanmar Academy Award-winning actress. In front of the camera, or as a producer and director, she has worked on an impressive number of locally distributed film and video productions. In 1977 she won the Burmese Academy Award for best performance.

She attended the Rangoon Institute of Economics, graduating in 1977 with a bachelor’s degree in commerce. Subsequently she obtained a degree from the Alliance Française in Yangon in 1989, and trained in special content media at the University of Southern California (Los Angeles) in 2002. She received a superior diploma from the International Institute of Abhidhamma, Yangon, in 2011. Heading International Affairs at Myanmar Motion Picture Organization (MMPO), she acts as a liaison between the government and visiting production teams. In this role, she has participated at many international film-related events, festivals, symposiums, media workshops, and seminars around the world.

In addition to her work in film, she is also involved with Population Services International, an INGO focusing on HIV/AIDS education in Myanmar. Since 2007, she is Ambassador for Peace for the New-York-based Universal Peace Federation. Since 2014, Grace Swe Zin Htaik has worked in close association with the Memory! Cinema Association and Memory! Internation Heritage Film Festival for the preservation of Mya Ga Naing, the earliest Myanmar classic film recovered to date. She is also Special Advisor to the Myanmar Film Heritage Project, which aims to establish a national film and audiovisual archive and preservation facility in Myanmar.